In the lush green Maracas Valley, set amidst the mountainous rain-forest of Trinidad’s Northern Range, lies Ortinola Estate. Created by colonial land grant in the late 18th Century, when the Spanish Town of St Joseph was still the Island’s capital, it later became, during the cocoa boom of the 1890’s, a thriving and prosperous cocoa estate operated by world renowned confectioners Cadbury Bros. of Birmingham, England. 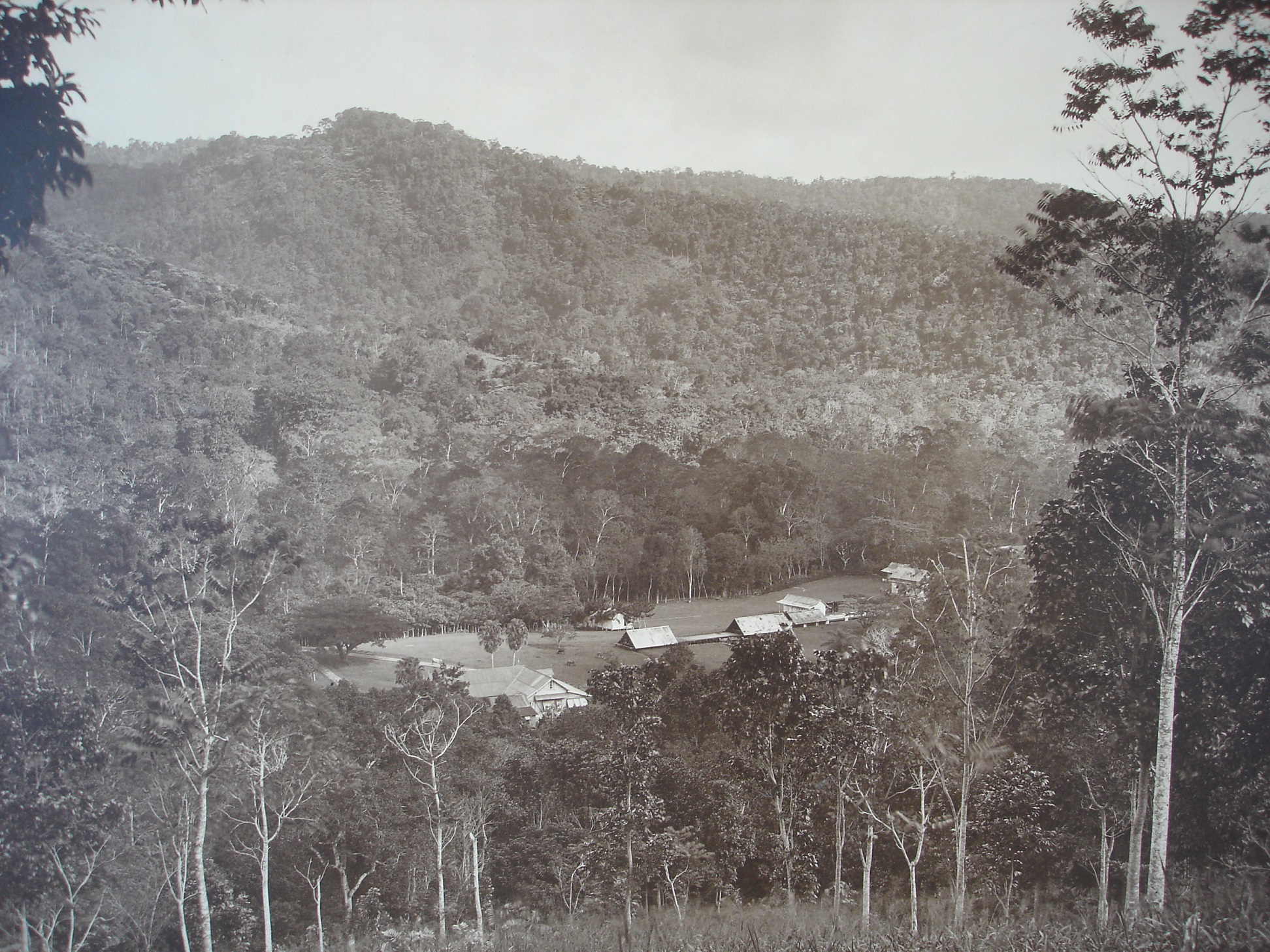 Couched in the lush, green hills of the Maracas Valley, St. Joseph there exists a pristine estate called Ortinola. The original Ortinola Estate spanned an impressive one hundred and thirty four and a half quarries or approximately four hundred and thirty (430) acres. Before the capture of Trinidad by the British in 1797, the Spanish settlers of Maracas Valley earned their livelihood by the growing and sale of tobacco. Between 1700 and the 1820’s sugar, coffee and tobacco gradually disappeared and were replaced by cocoa which became the chief crop of the valley. Cocoa was cultivated on a very small scale on small estates or by peasants. The Ortinola Estate has a rich history owing to its diverse owners. Ongoing research continues to determine the original grantee of the estate and whether it was acquired from the Spanish government during the time of the Cedula of Population or, if it was granted to the original owner by the British government after they had secured the island from the Spanish. The first known owner of the Ortinola Estate, according to local archival sources, was Mr. C. Rigual. Mr. Rigual owned the estate in the year 1832 and also had in his possession a labour force of 34 slaves, which at that time, and in the ward of Maracas, constituted a relatively large establishment. 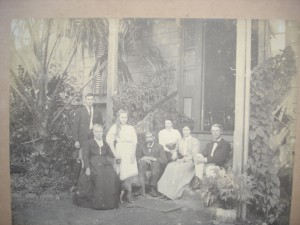 The first three decades of the 19th century was a tumultuous time for the estate owners in Trinidad as the colony had gained little from the slave trade which ended in 1807. The island’s sugar industry was under developed and the labour force was insufficient to service the needs of the plantations. The next blow to the Trinidad planters would be the passing of the Emancipation act in 1834, which made the slave labourers legally free. The name Ortinola would again surface in the primary sources, this time under the proprietorship of a new owner, Cipriano Cipriani. The time period during which the estate changed hands from Rigual to Cipriani were particularly difficult years for cocoa planters and this could have prompted Rigual to sell to the wealthy Cipriani. In 1835 the claims for compensation for slaves revealed that the Ortinola Estate was owned by Cipriano Cipriani who had under his jurisdiction 36 slaves. This was further supported by the Public Register which added that the estate was a partnership between Cipriani and a gentleman identified as Andre and the estate was documented as having 31 Praedial Apprentices. The sources reveal that the Ciprianis were a wealthy and prominent family in Trinidad. John Anthony Cipriani arrived in Trinidad from Genoa after fleeing the tyrant rule of Napoleon. He married Sophia Lieutard and the couple had two sons, Sebastian Cipriani and Cipriano Cipriani. Sebastian went on to marry the great grand daughter of Don Matas Mayan, a Galacian immigrant, whose son was the Mayor of St. Joseph. 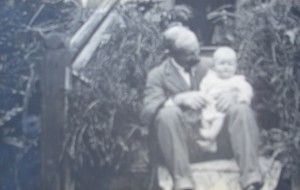 In 1851 and 1867 Sebastian was recorded as being an official interpreter of French, Spanish and Italian in the multi-lingual colony. Cipriano Cipriani had a number of occupations; he was an attorney and represented his mother Sophia Cipriani in a land dispute case involving the property of her deceased husband John Anthony. Also, in accordance with the 1836 Ordinance, that is, the ” Ordinance for the making and repairing and keeping in repair the roads and bridges in the colony of Trinidad”, Cipriano Cipriani was appointed Commissioner. In addition, Cipriano was a land owner, which was quite evident from the ” Return of Actions entered in the Complaint Court, between January 1st 1821 and December 31st 1824″, where he lodged a number of complaints concerning his estates’ labour force.

In the decades after Emancipation the Maracas Valley centered primarily around subsistence agriculture. During the 1840’s and 1850’s it appears that the sources are silent on Ortinola which could be linked to the decline in the interest of cocoa as the Colony’s colonial administration concentrated its efforts on the salvaging of the sugar industry and the importation of indentured labourers. The Index of Deeds has Ortinola recorded as coming under the ownership of one Hypolite Borde in 1867 via the court, with John Stone being the Official Assignee. The Trinidad Royal Gazette records John Stone as being a Stipendary Justice who usually oversaw land matters. From the years 1867 to 1880 the local historical records are again silent on the subject of Ortinola Estate. However, the estate’s name resurfaces during the cocoa boom period of the late 1870’s early 1880’s. At this time the European based metropolitan countries were attempting to extract cocoa from the West Indian colonies to supply the growing demands of the expanding confectionary industry. In Trinidad, Cadbury Brothers of Bournville, Birmingham, England purchased two estates- (“La Merced” and “Maracas Valley”) in 1897. Even before the purchase of these two estates by Cadbury Brothers archival sources reveal that Ortinola Estate was acquired by C.Tennant and Company Limited for its cocoa growing potential from about 1880. This Company, later called Tennants Estates (1928) Ltd (after an amalgamation and reconstruction in the 1920’s) had, as one of its Directors, Lord Christopher Gray Tennant also called Baron Glenconner. It is clear from the schedule of properties listed in the above mentioned Deed of Amalgamation and Reconstruction in the 1920’s that Tennants Estates owned many large estates throughout the Island and whilst most appear to have been sugar estates (Tennants being the owners of distilleries in Scotland) Ortinola remained predominantly a cocoa & coffee plantation in respect of which a Joint Venture existed between Cadbury Bros & Tennants Estates.

The Plantation Great House (which still stands, having been recently restored between the years 2001 to 2003) was built in the 1890’s and was occupied by Mr J.P. Bain, Manager of Messrs Cadbury Brothers. In fact, the diary of Sarah Morton, wife of the early Canadian Presbyterian Missionary, Reverend John Morton, reveals that in the year 1897 Reverend Morton had travelled by horse carriage to Maracas Valley and late that evening visited Ortinola Estate ” to give communion at the house of Mr J.P. Bain, Manager of Messers Cadbury, at Ortinola Estate”. Mr J.P. Bain was apparently also called “Cocoa Bain” and was well known as an experienced cocoa planter. He apparently lived in the Great House well into the 1900’s even after his retirement followed later by his daughter Janet Stanhope Lovell and her husband John Lovell. Tennants Estates (1928) Ltd eventually sold Ortinola in the 1960’s and in 1967 it became vested in a locally incorporated Company, which still owns and manages the estate. Research continues into the rich, diverse history of this magnificent estate and presently efforts are being made to determine the original Grantee of the estate during the late 1700’s to early 1800’s. Knowledge of such Grantee’s nationality (Spanish, Italian, French or English) may also assist in determining the meaning of the name “Ortinola”. Who knows, perhaps someday, somewhere, someone reading this historical account of one of Trinidad’s cherished colonial treasures may provide these missing chapters of Ortinola’s history.